Mass Incarceration: How Did We Get Here? Where Are We Going?

Panel Description: The United States is home to 5% of the world’s population, yet incarcerates 25% of the world’s prisoners. Interaction with the criminal justice system varies widely by race and income. How did this happen, and what can we do about it? This panel will explore the policies that have led to mass incarceration, what reforms are being discussed by lawmakers today, and what we are called to do to end this crisis. 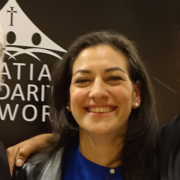 Christina Dominguez has been an attorney with the Los Angeles Public Defender’s Office since 2017. As a public defender, Christina represents indigent Angelenos facing criminal charges.

Prior to joining the Public Defender’s Office, Christina worked as Staff Attorney at Homeboy Industries where she provided legal assessments and post-conviction legal services to formerly incarcerated and gang-involved trainees and clients.

Prior to law school, Christina was a social worker for six years focused on criminal justice and reentry populations. As a social worker she worked at The San Francisco Public Defender’s Officer, Brooklyn Defender Services, the Red Hook Community Justice Center, and the NYC Department of Mental Health at Rikers Island. Christina also worked for two years as a mental health therapist at Homeboy Industries. In this role she provided psychotherapy services to previously gang related and formerly incarcerated individuals, couples and groups in the organization’s therapeutic milieu.

Christina received her Juris Doctorate from City University New York Law. She has a Master’s Degree in Social Work from Columbia University and a Bachelor of Arts Degree from Fordham University. 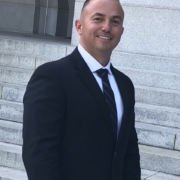 Robert Garcia spent twenty-one years incarcerated in California State Prisons and Juvenile Detention Centers. Convicted of felony offenses as a teenager, this former gang member continued a life of crime behind bars until one day, through the work of many volunteers; he transformed himself spiritually, psychologically, and mentally.

Applying himself in California Department of Correction and Rehabilitation (CDCR) such as New Folsom State Prison, Kern Valley State Prison and Ironwood, he was awarded two Associate Degrees as well as numerous certificates from a variety of rehabilitative programs. Robert’s maturity inside prison encouraged him to help other juvenile offenders transform their lives and prepare for parole.

Robert is now the Assistant Executive Director the Jesuit Restorative Justice Initiative (JRJI). JRJI strives to heal broken relationships with those who are incarcerated and their families as well as victims of crime and their families through prayer, education, and advocacy in California. On October 4, 2018, Robert was featured in the LA Times for his advocacy for Senate Bill 1437.

Robert is married, a proud father to now two daughters “Ximena” and “Xiomara”. He continues his studies at California State University, Dominguez Hills to obtain his undergraduate studies in Sociology.

On June 2018, he was discharged from parole and now continues to be of service to the men, women and juveniles inside the criminal justice system and in our local communities. 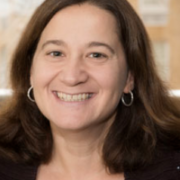 Gotsch received her undergraduate degree from Binghamton University and a Masters in Public Policy from the University of Maryland. She led the Interfaith Criminal Justice Coalition, a project of the United Methodist Church, General Board of Church and Society, comprised of 50 national faith-based organizations. The coalition organized faith leaders and clergy to advance federal criminal justice reforms, particularly around issues of sentencing, reentry, and collateral consequences of incarceration. Gotsch has also worked for the National Prison Project of the American Civil Liberties Union overseeing media outreach, public education and federal legislative activities. Currently, Gotsch works as the Director of Strategic Initiatives, overseeing The Sentencing Project’s federal advocacy work and developing special projects and partnerships to advance the organizational mission of reducing mass incarceration.

Reaching Out to LGBT Catholics in Our Parishes

Mass Incarceration: How Did We Get Here?

Journeying Together: A Comprehensive Look at Migration

Combatting Gun Violence in Our Communities