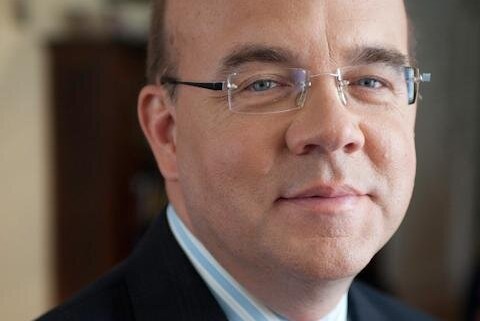 On Sept 28, Congressman Jim McGovern (MA-2) delivered remarks on the floor of the U.S. House of Representatives about his recent trip to Honduras and the ongoing wave of migration out of that country.

Rep. McGovern said he met with families in marginalized communities and a USAID-sponsored violence prevention program to learn what was driving the migration, and what government officials were doing to address it. McGovern said his meetings included “substantial conversations” with the Honduran President, Juan Orlando Hernandez.

Violence and a lack of economic opportunity were driving families and youth to flee the country, McGovern said. He urged both the Honduran and U.S. governments to assist these migrants, saying that they faced many threats on their perilous journeys, including extortion, kidnapping, and trafficking.

“Migrants, even those traveling without legal documents, have basic rights, and we should be working with the governments of Mexico and Honduras to ensure that they get decent treatment, access to needed services, and the protection they deserve,” he said.

McGovern also said that threats to Honduras’s marginalized communities also came from within the country. He described a long record of human rights abuses in Honduras by the Attorney General’s Office and special military police units.

McGovern raised appeals for aid to those fleeing Honduras. Alluding to Pope Francis’s recent visit to the U.S., he said he was deeply moved by the Pope’s call to work for the common good and to “welcome the stranger.”

“I believe each of those calls to action apply to the case of Honduras, both in how we respond to Hondurans fleeing to the United States to find safe haven and a new life, and how we help Hondurans respond to their own problems inside their country,” he said.

McGovern’s press office said that in the coming days, the Congressman would address the issue of combating corruption in Honduras.

Last year, McGovern received the “Legacy of the Martyrs” Award from the Ignatian Solidarity Network  in honor of his ongoing commitment to advocating for human rights oriented U.S. policy in El Salvador and across the globe.

McGovern played a key role as an assistant to the late Congressman Joseph Moakley in the U.S. Congressional investigation into the murders of six Jesuit priests, their housekeeper, and her daughter on November 16, 1989 in El Salvador.

Following his election in 1997 to the U.S. House he became vocal advocate for human rights oriented policies in Central America and around the world. In 2009, McGovern introduced a U.S. House Resolution honoring the Jesuit martyrs and their companions on the 20th anniversary of their deaths.

McGovern has also sponsored numerous bills to cut funding or close the Western Hemisphere Institute for Security Cooperation (formerly known as the U.S. Army School of the Americas) where a number of Salvadoran soldiers and officers responsible for the Jesuits’ murders received US taxpayer funded training leading up to 1989.

Speaker, last week I joined a fact-finding delegation to Honduras led by WOLA, the Washington Office on Latin America.  We looked at the problems of violence and lack of opportunity in order to understand why families and young people continue to flee the country. We wanted to learn what the Honduran government and people were doing in response to the problems that confront their country, and how the U.S. might help.

We met with families, young people and community leaders in several marginal and violent communities, including those who benefit from programs at Casa Alianza. The delegation also visited an innovative USAID-sponsored violence prevention program. It not only offers programs for young people in a poor and dangerous neighborhood, but brings together community leaders and local institutions to tackle local problems.  By strengthening local leaders and groups, and working with trained and vetted local police, crime levels have dropped and new opportunities for youth have been created.  These are hopeful results for a community that one year ago was under siege by violent criminal actors.

We also met with many NGOs, human rights defenders, and international organizations to understand the intertwined problems of human rights, democratic governance, and corruption.  We had substantial conversations with Honduran President, Juan Orlando Hernandez, and with our Ambassador, James Nealon, and his team, and I am grateful for how generous they were with their time.

First, I have no doubt that violence and lack of opportunity are driving families and young people to flee Honduras. I saw the marginal communities and heard the stories from families about the problems young people face.  The best thing we can do is support efforts that break the cycle of violence, and help build opportunities for youth in Honduras and elsewhere in Central America.  At Casa Alianza and the USAID project, we saw the kind of programs that actually make a difference.  That’s where we should be directing our assistance.

Additionally, I also heard how long-term drought is exacerbating hunger, malnutrition and the loss of livelihoods in rural central Honduras, and igniting a new wave of migration.

Second, I heard from returned migrants and the families of migrants, including those whose loved ones have disappeared and never been heard from again.   Migrants face abuse as they travel – they are extorted by authorities in Mexico and sometimes Guatemala, and robbed or kidnapped and held for ransom by criminal groups.  Young women run the risk of being trafficked and forced into prostitution.  We heard from returned migrants, especially those who had been stopped in Mexico, about the return journey, and the lack of services at the El Corinto border crossing. We met migrants who had fled gang violence only to be forced to return to the same dangers.  I was moved by many of these stories.  Migrants, even those traveling without legal documents, have basic rights, and we should be working with the governments of Mexico and Honduras to ensure that they get decent treatment, access to needed services, and the protection they deserve.

Third, human rights abuses continue to be a serious problem in Honduras. Longtime human rights defenders, journalists and gay, lesbian and transgender activists described on-going threats, attacks, and even assassinations, and the response by the police and the Attorney General has not improved.  In fact, a US-supported special investigative unit that was supposed to focus on attacks on the LGBT community, journalists and others has investigated even fewer cases this year than last.

I am troubled by the government’s focus on special military police units, whose human rights record isn’t good. I support the U.S. decision not to provide aid to the military police.  Instead, the Honduran government needs to clean up and strengthen the civilian police and the Attorney General’s Office.

My trip to Honduras was both challenging and inspiring.  I saw troubling problems of poverty and violence, heard painful stories about migrant abuses and disappearances, and saw major problems in the areas of human rights and the protection of human rights defenders and activists.  But I also saw hope. I met with young people who dream of bright futures for themselves in Honduras; with student and youth leaders who are campaigning selflessly and courageously to build mechanisms to tackle corruption; and with LGBT activists, human rights defenders and journalists who are standing up to threats.  I saw community-led projects to combat violence and poverty that are making a real difference.

Last week, our nation was graced by the presence of Pope Francis.  I was deeply moved by his call for us to welcome the stranger, to help the most vulnerable among us, and to work together for the common good.  I believe each of those calls to action apply to the case of Honduras, both in how we respond to Hondurans fleeing to the United States to find safe haven and a new life, and how we help Hondurans respond to their own problems inside their country.

I look forward, M. Speaker, to working with my colleagues to help the Honduran people deal successfully with these challenges.

Student Voices: What I Learned From Pope Francis’s UN Address