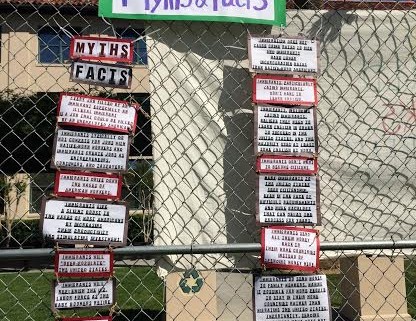 Next month, thousands across the country will urge their representatives and other lawmakers to pass humane migration policies during Ignatian Family Advocacy Month (IFAM). Sponsored by the Ignatian Solidarity Network, IFAM will take place over the entire month of February, strategically coinciding with Pope Francis’s first visit to Mexico from February 12-18, when he is expected to visit Mexico’s border with Texas to bring attention to the plight of migrants. 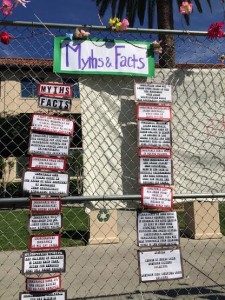 Among other activities, ISN is inviting participants to erect a “mock border wall” to draw attention to the plight of immigrants.

During IFAM, special masses will be held around the country in a display of solidarity with Pope Francis’s scheduled mass in the border city of Ciudad Juarez on February 17. ISN will distribute resources for participants to use in planning these services.

ISN will also invite parishes, schools, and individuals to participate by scheduling in-district visits with members of Congress, organizing community dialogues on migration policy, building a “mock border wall,” and hosting speakers. Additionally, ISN will seek 5,000 signatures on a letter to lawmakers urging an end to U.S. support for Mexican interceptions of Central Americans fleeing violence, as well as an end to border militarization and other inhumane immigration enforcement actions.

In 2015, more than 4,000 people across the country participated in IFAM. While last year’s event included several advocacy issues, next month’s effort will focus solely on immigration reform in light of Pope Francis’s historic visit to the border. During his visit, he is expected to issue a strong call to protect the human rights of those who migrate. Francis’s trip comes amid a heated 2016 presidential race, during which rhetoric surrounding immigrants has often been inflammatory and polarized.

“In an election year, this is a strategic appeal to our lawmakers to remember the human dignity of those who are forced to migrate, many of whom live and work in our midst,” said ISN executive director Christopher Kerr. “Throughout the entire month, we have a powerful opportunity to act for humane immigration policy while the world is watching what Francis will do and say.”

The Ignatian Solidarity Network is a national lay-led, faith-based, social justice organization that works to mobilize Jesuit universities, high schools, parishes, and ministries and the larger church throughout the United States in order to effect positive social change on critical issues facing the world.

More information can be found at: www.www.ignatiansolidarity.net. 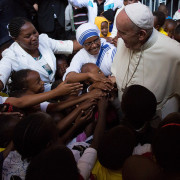 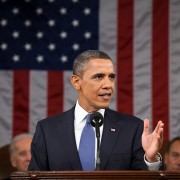 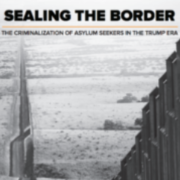 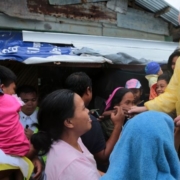 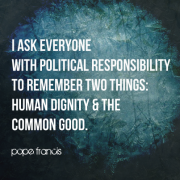 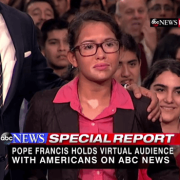