SAN SALVADOR, EL SALVADOR – The Jesuit university in El Salvador, Universidad Centroamericana “José Simeón Cañas” (UCA), released a statement on March 2 responding to the news that arrest warrants have been issued for the former Salvadoran military officials tied to the 1989 murder of six Jesuit priests and two laywomen at the UCA.

“To know what really happened in this, and in other cases, will be good for El Salvador,” said the statement in its closing paragraph, referencing the case in Spanish court that seeks the extradition of El Salvadoran military officials involved in the 1989 murders. The statement also noted that the Jesuits and the UCA have always been willing to forgive those who planned and executed the murders, but that the Salvador “justice system has yet to uncover the whole truth and to determine responsibility, so that forgiveness can be offered.” 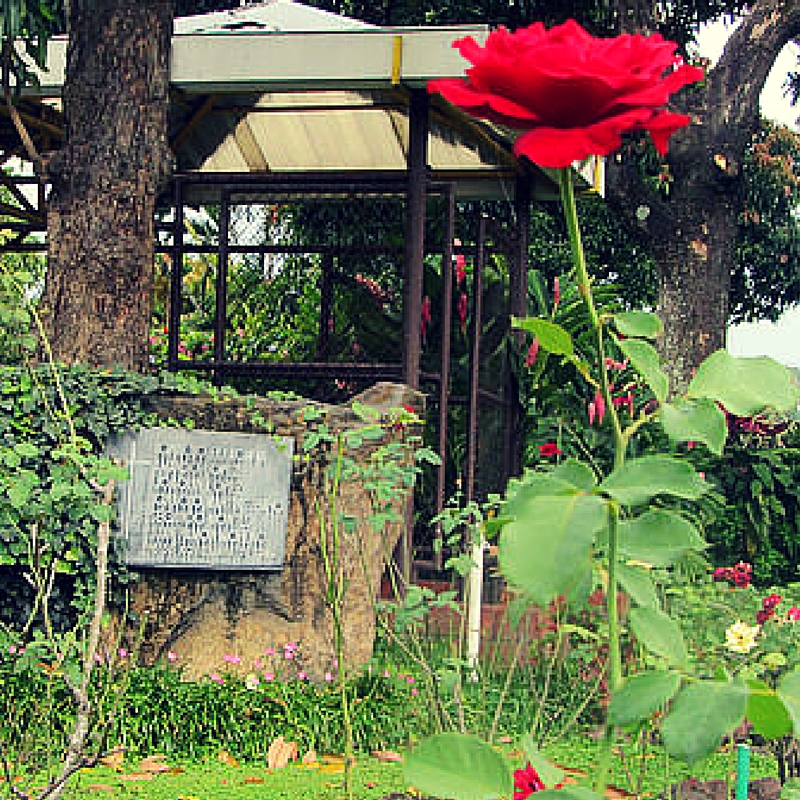 The rose garden at the UCA where the bodies of the six Jesuits and women were found in 1989.

The New York Times reported on February 6 that Salvadoran police began to arrest former military officers who are accused in the murders of Ignacio Ellacuría, S.J., Ignacio Martín-Baró, S.J., Segundo Montes, S.J., Juan Ramón Moreno, S.J., Joaquín López y López, S.J., Amando López, S.J., their housekeeper Elba Ramos, and her 15 year-old daughter Celina Ramos. The arrests were in response to extradition requests from Spanish National Court Judge Eloy Velasco who recently reissued a request for international arrest warrants for more than a dozen former Salvadoran military officials, including members of the military High Command. Legislation protecting Salvadoran military from being tried for human rights abuses forced the families of the victims and human rights groups seeking justice to take their case to Spain, where a law of universal jurisdiction allows prosecutions for some crimes committed outside the country. Five of the six Jesuits were Spanish.

The full statement translated into English can be found below. A version in Spanish is available on the UCA website, where it was originally published.

1. One should not be surprised by the reactions of those sectors that have traditionally worked to prevent justice from shining in El Salvador. Before the demands of truth and justice, they have always sounded the drums of war; they have announced new bloodshed; they have spoken of opening wounds; of vengeance and instability in the nation. Who cause polarization and provoke instability: we who seek truth and justice, or those who defend impunity?

2. The obscene phrase “forgive and forget” has been heard too often. The pain caused by a crime is not soothed by forgetfulness, but by recognition of the truth, repentance, and honoring the victims. This is the way of Christian forgiveness and the path to true reconciliation. To demand justice is not vengeance but to call for reparation of the damage caused.

3. The Society of Jesus and the authorities of the UCA have often reiterated their willingness to forgive those who planned and executed this horrendous crime. Nevertheless the justice system has yet to uncover the whole truth and to determine responsibility, so that forgiveness can be offered afterward.

4. Certainly, the demand for truth and justice disquiets those responsible and worries their friends and family. But one must not forget who are the true victims of the crimes of armed conflict, and who provoked so much humiliation, suffering, and death. Elba, her daughter Celina, and our brother Jesuits are innocent victims. The women, children, and elderly of Sumpul and El Mozote are innocent victims. Archbishop Romero, the priests, women religious, and thousands of catechists who were murdered during the war are all innocent victims. Victims, too, are all those who were raped, tortured, disappeared, and assassinated. These victims have never been central for our post-war governments. The victims were condemned to be forgotten and their abusers were rewarded with impunity. And now, when those the Truth Commission has identified as ultimately responsible for the UCA massacres are legally accused, the persecutors are passed off as victims.

5. The arrests and the extradition request, represented as a political issue, are not. The arrests are in response to an international warrant circulated by Interpol, compliance to which is required by El Salvador’s international commitments in law enforcement and judicial matters. On the contrary, the lack of political will has impeded the realization of justice in our country, and has obliged recourse to the Spanish justice system. We have said before, and still maintain: we want a functional Salvadoran justice system, and we have worked to have one, without success up to now.

As long as the Salvadoran justice system keeps its doors closed, hearing of the case in international courts must not be blocked. If the accused are not guilty, they will have the opportunity to prove their innocence in a court that offers the required protections. If they simply obeyed “orders of the politicians,” as one high-ranking military officer of the time claimed, they must name those politicians who ordered the massacre of two innocent women and six defenders of truth and justice. If such an order existed, the high-ranking military chiefs should have acted according to conscience and disobeyed it, given that Archbishop Romero had advised them: “Before a man’s order to kill, God’s law must prevail, which says: ‘Do not kill.’”

6. The reactions and opinions against the recent captures by police serve the interests of those responsible for planning and executing massacres during the war; murderers who until now have been protected by the State and have opted for impunity over truth and justice. The grave human rights violations committed by the State are graver still insofar as the State is obliged always to defend and protect human rights, even in a situation of war. Those who decided on the assassination of the Jesuits, under cover of darkness and treachery, know perfectly well that they did not commit “simple murders.” The massacre was the result of a plan conceived and executed according to the logic of state terrorism, and is, therefore, a crime against humanity. To defend those who were ultimately responsible for the assassinations and to obstruct justice is to endorse the crime and to put oneself on the side of impunity.

7. To want to know what really occurred, and to bring the case to justice is not contrary to the true spirit of the Peace Accords. One must remember that the negotiating parties promised to comply with the recommendations of the Truth Commission and recognized the “necessity of clearing up and overcoming all assignation of impunity of the Armed Forces, especially in those cases where respect of human rights is promised.” To this end, the parties referred “the consideration and resolution of this point to the Truth Commission. All this without prejudice to the principle […] that acts of this nature, independent of the sector to which their perpetrators belong, should be the object of exemplary action of the courts of justice, in order that the sanctions contemplated by law should be applied to those responsible” (Peace Accords, Chapter I: Armed Forces). This is the true spirit of the Peace Accords, which was subsequently distorted when the amnesty law was passed.

8. The actions of the government in this respect leave much to be desired. Not only were the National Civil Police slow in complying with the red notice, but they only captured four soldiers (three of low rank and with less probability of being extradited), allowing the escape of 13 veterans, among them six recognized ex-officials who have never been seated in the defendants’ chair and who are accused of being the masterminds of the massacre. In addition, the President treated the case as a political matter when he met with the parties to explain the arrests, which explanation has not been made publicly known. Neither was it wise or opportune that the Vice President opposed extradition and so aligned himself with the ranks of the political right, which seeks to tamper with the autonomy and impartiality of the justice system.

9. We acknowledge and support the action of the Procurator General for the Defense of Human Rights, who with courage and sound argument has urged the respective authorities to comply with the law. And we condemn the accusations and insults aimed at him by those who want impunity to continue in the country; people who have no moral authority to criticize a defender of human rights.

10. To know what really happened in this, and in other cases, will be good for El Salvador; it will contribute to doing justice for the victims; it will be an important step in the process of reconciliation and will bring peace to the perpetrators themselves. Only by following this path will we be able to say with the prophet Isaiah, “The work of justice will be peace and the fruits of justice will be tranquility and security forever. My people will live in good homes, in safe neighborhoods, in peaceful places.” For the people of God, there has never been a contradiction between justice and peace, nor between truth and peace. On the contrary, peace is the fruit of truth and of justice. 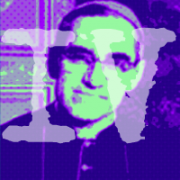 Video: Reflections on the Beatification of Fr. Rutilio Grande, S.J. 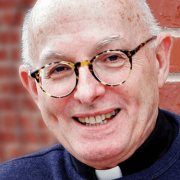 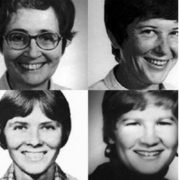 “A Radical Faith: The Assassination of Sr. Maura”: Interview with Eileen Markey

03.29.12 – The Jesuit Martyrs & Their Companions: Bringing Those Responsible to Justice
0 replies

Day 24: It’s All About Love
Scroll to top
Shares
Share This