In early February of 2017,  the Reflection, Investigation and Communication Team (ERIC), in coordination with the College for Public Health and Social Justice of Saint Louis University, released a research report entitled  “Socio-environmental Impact of Mining in the Northwestern Region of Honduras Seen through Three Case Studies”. The multidisciplinary study incorporates public health, human rights, and environmental justice, uniting researchers and specialists in both Honduras and the U.S. to explore the impact of extractive industry and provide evidence and information for local and international advocacy.

Describing three case studies, the publication summarizes research on the impacts of the extractive mineral industry on human security in the communities in Honduras. The study suggests courses of action for resistance to detrimental extractive practices and provides a number of recommendations to promote development options for Honduras that are compatible with the respect for human rights and the preservation of Mother Earth, particularly in light of recent persecution of environmental advocates in the region. 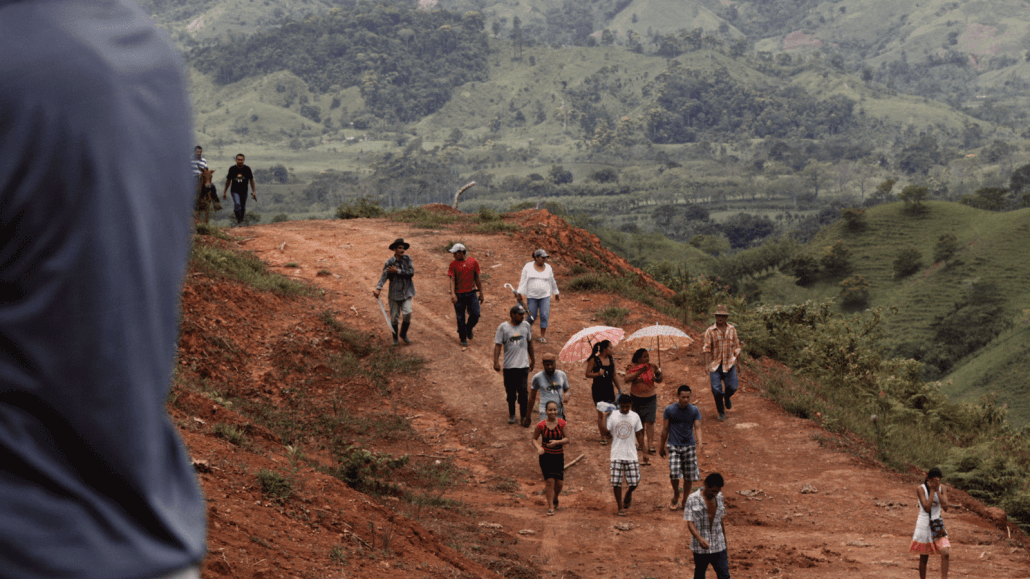 In the tiny farming village of Nueva Esperanza in northern Honduras, villagers were threatened at gunpoint in 2014 when a large mining corporation attempted to usurp their village communal lands for a new mining project. They fought back and were able to successfully repel the mining company [Jeremy Zipple]

As stated in the introduction to the publication, highlighting both historic and current concerns:

“Mining is not new to Honduras, mineral deposits have been commonplace in our territory since colonial times. Although it was abandoned for a while, the mining industry recovered it`s strength at the end of the 19th century, during the period of liberal reform, and now with renewed strength over the last 25 years.

This activity has generated wealth for foreign investors and a few Honduran families. Nevertheless, for ordinary people, mining has never meant anything more than poverty and conflicts. Today, as in the past, the Honduran state has granted all kinds of privileges to these mining companies, almost always foreign ones, with the vain hope of creating jobs and increasing its revenue through taxes. This economic strategy has proved to be a failure, but our leaders do not learn, or are not interested in learning from experience.”

Yolanda González, Coordinator for the Jesuit Network with Migrants Central America and North America based at ERIC, shares that “the study has enabled us to listen to the communities. Many times, the communities that oppose mining activities have been accused of being against development or progress. However, this is not true. They want to improve their lives but not at just any cost. They demand respect for their rights and consideration of key issues, including: respect for the right to consultation, approval of mining concessions to occur after completion of an independent and trustworthy environmental impact study, and reasonable benefit from the projects that are approved.”

ERIC along with its co-Jesuit ministry Radio Progreso, recently celebrated its 60th anniversary. Collectively their work encompasses grassroots radio programming; training on human rights, community organizing, and empowerment; and the formation of leadership committed to social change; and aiding migrant families. Their efforts were recognized by the Ignatian Solidarity Network in 2014, when they were honored with the “Legacy of the Martyrs Award” in conjunction with a keynote address by Fr. Ismael Moreno Coto, S.J., director of both ministries, at the Ignatian Family Teach-In for Justice. 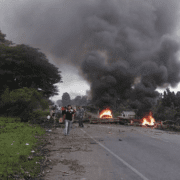