Following a violent clash between police forces and student protestors at the Jesuit University of Central America (UCA) in Nicaragua, international Jesuit groups jointly condemned the Nicaraguan government for escalating violence in the country. In a statement released on November 22, the Ignatian Solidarity Network joined the Jesuit Conference Office of Justice and Ecology, International Association of Jesuit Universities, and the Association of Jesuit Colleges and Universities in expressing concern over human rights abuses and political instability in Nicaragua.

Mock graves commemorate the 300+ civilians killed by government law enforcement or para-police during 2018 protests in Nicaragua. [Will Ulmos]

In April 2018, widespread popular protests were violently suppressed by government forces —killing over 300 and injuring over 2,000 . President Ortega’s government continues to jail political opponents and critics, and civil rights advocates suspect that rural opposition leaders are being assassinated on a regular basis<, as “a hollowing out of resistance.”

Tensions rose this month as two groups of mothers began hunger strikes to secure the release of their children, political prisoners incarcerated by Ortega’s government. While attempting to bring water to the striking mothers, 13 activists were arrested and have yet to be released. Another group of strikers housed at Managua Cathedral was forced to flee following a siege by pro-government troops.

On November 19, government riot troops suppressed a student protest at the UCA in Managua. Latin American Jesuit leaders denounced the attack, calling for the “the cessation of harassment, aggression and violation of the human and civil rights of the members of the opposition.”

In May 2018, the UCA became a place of refuge for defenseless protestors when thousands of people sought safety within the gates of the university. Gunfire erupted as hundreds of thousands of “Mother’s Day” (celebrated in Nicaragua on May 30) demonstrators were coming to the end of their march route at the UCA. The UCA also experienced an attack by para-police that same month. In addition, on April 20, 2018, Álvaro Manuel Conrado Davila, a 15-year-old student at Instituto Loyola Conrado, a Jesuit secondary school in Managua, was shot by police with a rubber bullet that struck him at close range in the throat and died later while undergoing surgery at a local hospital.

[Jesuit Conference of Canada and the United States] 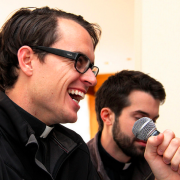 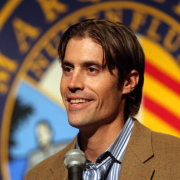 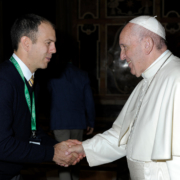 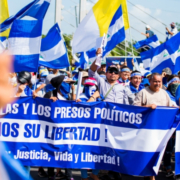