Father Steve Kelly, S.J., a 71-year-old Jesuit priest and member of the nonviolent civil disobedience group that came to be known as the “Kings Bay Plowshares 7,” was sentenced by a U.S. District Court judge to 33 months in jail, three years’ probation and restitution fees on October 15. Due to the fact that Fr. Kelly already served 30 months and under federal law is owed 54 days a year of “good time credit,” his sentencing, in essence, discontinued his incarceration in a federal prison facility. 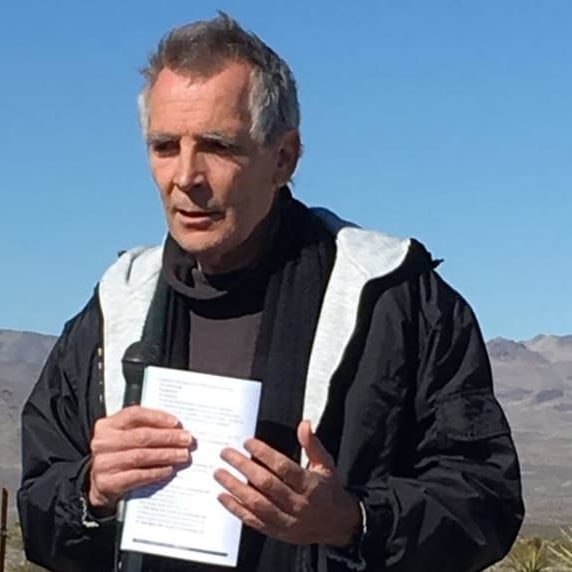 The sentence stems from April 4, 2018, the 50th anniversary of the assassination of Dr. Martin Luther King, Jr., when Fr. Kelly and six other Catholic activists, all lay people—Mark Colville, Clare Grady, Martha Hennessy, Elizabeth McAlister, Patrick O’Neill, and Carmen Trotta—set out late at night to practice their faith and witness for peace among the people working with nuclear weapons inside the U.S. Navy Kings Bay nuclear submarine base on the south Georgia coast. Once inside, they split into three groups to hang banners, pour blood, spraypaint religious sayings, block off an administrative building with crime scene tape, and hammer on replicas of the nuclear missiles deployed on the Trident submarines based at Kings Bay.

The declaration of a National Emergency in mid-March led federal courts around the country to curtail business and restrict access. In southeast Georgia, the federal court put most proceedings on hold, first until April 17 and later through the end of May, further delaying the sentencing of the seven.

Fr. Kelly was returned to the Glynn County Detention Center following the trial. Release on bail was unavailable to Fr. Kelly due to his unresolved federal probation violation from an earlier disarmament action in Washington state. When the group was convicted, the court had set forth a clear timeline for the completion of pre-sentencing reports in anticipation of sentencing last winter. Those deadlines slipped by as draft reports for each of the defendants were prepared.

Continuing his position of non-cooperation, Fr. Kelly refused to be interviewed by federal probation officials for their report. According to federal guidelines, criminal history and the nature of the offense are assigned values to produce a recommended sentencing range. The aggravating factors at play, including the value of the property damaged, were challenged by the defense before the final reports were submitted to the court.

The most consequential and unprecedented factor of the pre-sentencing reports was the “risk of death” enhancement that increases the recommended range if the offense involved “the conscious or reckless risk of death or serious bodily injury.” Prosecutors have the capacity to impugn the nonviolence of activists by invoking the risk of death or injury to themselves or others when lines are crossed or critical spaces are occupied. However, according to Kings Bay Plowshares 7, it is the first time the claim has been made to justify harsher punishment for Plowshares activists. According to court documents, the government contends that because the activists were aware of the risk of confronting armed guards and had therefore prepared and practiced how to reduce that risk and act nonviolently, they were “conscious” of the risk and are therefore subject to the “risk of death” provision in the sentencing guidelines. 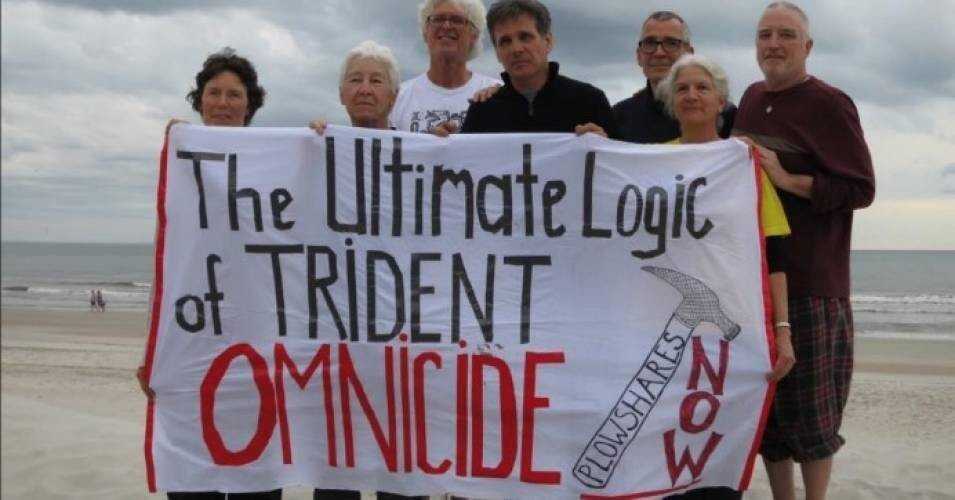 Fr. Kelly, who was ordained a Jesuit priest in 1990, is a member of the Jesuits West U.S. province. His childhood included two years in Turkey while his father was serving in the U.S. Air Force. “While in the Eastern Mediterranean [as an adolescent] I encountered poverty on a very pronounced scale,” said Fr. Kelly. “As it turns out it affected me. I saw systems at work or dysfunctional at that impressive age.”

During his Jesuit formation, ministry and immersive opportunities, Fr. Kelly spent time in the urban inner cities, Sudan, and El Salvador where he worked with refugees.

In reflecting on the April 4, 2018, action, Fr. Kelly said: “In order to use my limited time, I will, along with others, try to embody the vision given to us through the prophet Isaiah. It is a conversion of weapons to devices for human production. The gift of Isaiah 2:4 is an economic, political, and moral conversion of the violence of nuclear annihilation. With others, I hope to be instruments in God’s hands for showing a way out of the escalation, the proliferation of this scourge of humanity. I feel strongly that Martin Luther King, Jr., would agree with the principle I attribute to Gandhi that we cannot be fully human while one nuclear weapon exists.”