In December of 2020, Very Rev. Arturo Sosa, S.J., the Superior General of the Society of Jesus (Jesuits), appointed a new six member Advisory Committee for the Social Justice and Ecology Secretariat (SJES) of the Society of Jesus. While the committee was formerly limited to only Jesuits, it is now comprised of both ordained and laypeople, including Christopher Kerr, executive director of the Ignatian Solidarity Network

In his appointment letter Fr. Sosa wrote that, “Given the need to respond collectively to global challenges, articulated so well in the Universal Apostolic Preferences, I feel it is essential that we work jointly.” Fr. Sosa further explained a commitment to seeking the “support and expert advice of persons…who have the experience, knowledge, and willingness to walk along with the Secretariat and the Society of Jesus in facing the challenges of our mission of reconciliation and justice.

Additional newly appointed committee members include Sue Martin (Australia), the project officer for reconciliation with creation and coordinator for ecology works of the Asia Pacific Jesuit Conference; Sr. Daphne Sequeira, R.S.C.J., from India now living in Rome, a general team member of her congregation, Society of the Sacred Heart, who has been involved in the empowerment of women in India for many years; Mr. Luis Arancibia (Spain), the delegate of Social Apostolate for Spanish Province who has collaborated with the SJE Secretariat at various times since 2008, especially during the SJES Golden Jubilee Congress in November of 2019; Fr. José Yurszeck, S.J., the Director of Hogar de Cristo in Chile; and Fr. Lado Ludovic, S.J., (Cameroon), working in N’Djaména, Chad as the director of Centre for Studies and Training for Development (CEFOD).

The committee will meet two to three times per year, with the aim of discerning, guiding, and helping the Secretariat in its mission and planning. The committee will suggest ways to improve discernment processes, make intellectual contributions and help strengthen collaboration and networking at the global level with special focus on advocacy within the Society of Jesus, with other Secretariats, with the Church, and with civil society organizations.

“Since our founding in 2004, the Ignatian Solidarity Network has sought to co-labor with the Jesuits to promote a faith that does justice,” said Christopher Kerr. “It will be an honor to represent ISN and the works throughout the Jesuit Conference of Canada and the United States in North America.” 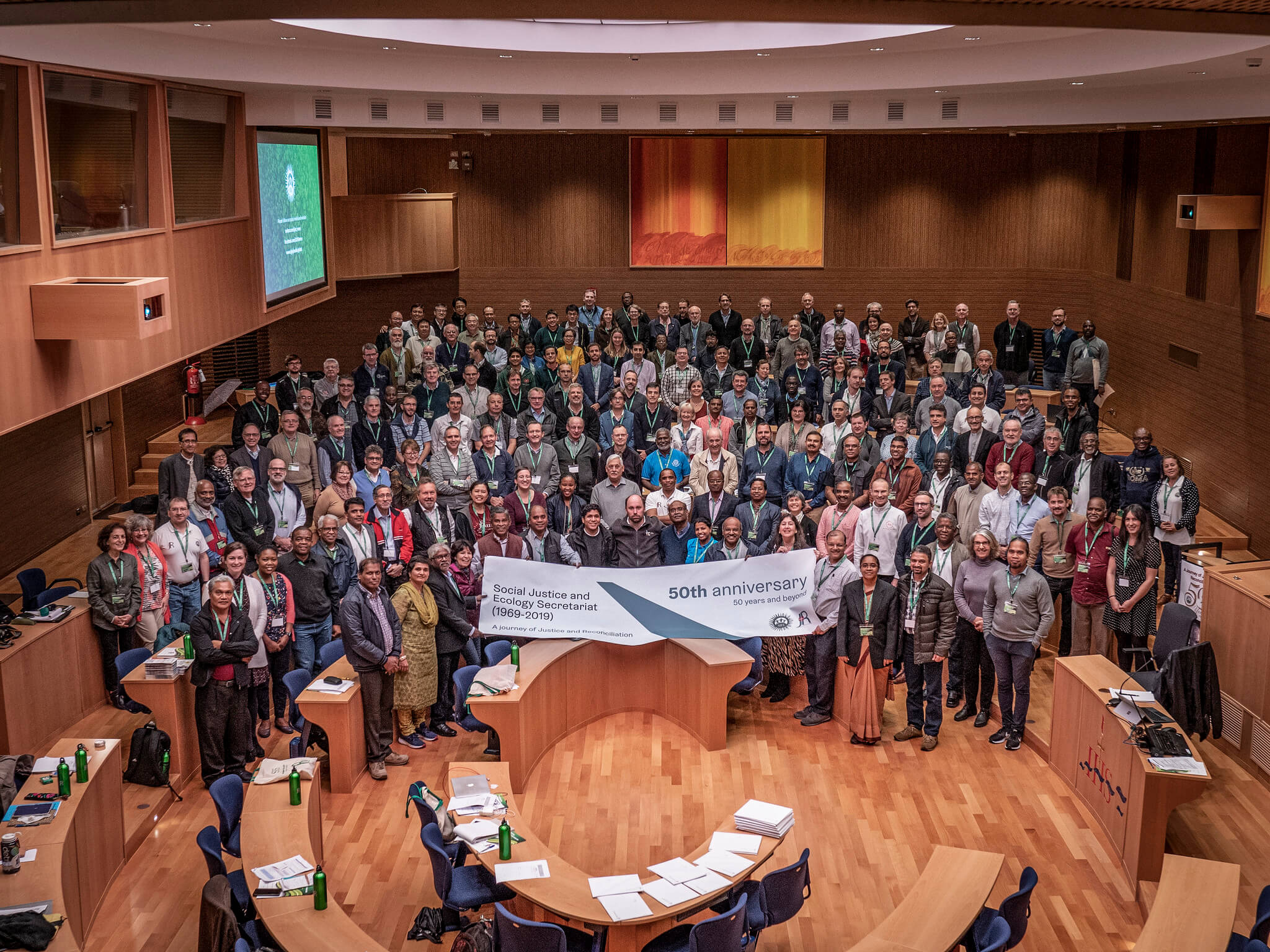 In November of 2019, Kerr was one of 18 delegates from North America to attend the Golden Jubilee Congress of the Jesuit Social Justice and Ecology Secretariat at the Jesuit Curia in Rome, Italy. The Congress celebrated 50 years of having a division of ministry focused on social justice and ecological ministry, an effort that was started by the late Jesuit Superior General Father Pedro Arrupe in 1969. The Congress was a five-day meeting held at the Jesuit Curia in Rome to both celebrate and also to envision what the social and ecological apostolate looks like in the future, particularly in light of the Jesuits’ Universal Apostolic Preferences.