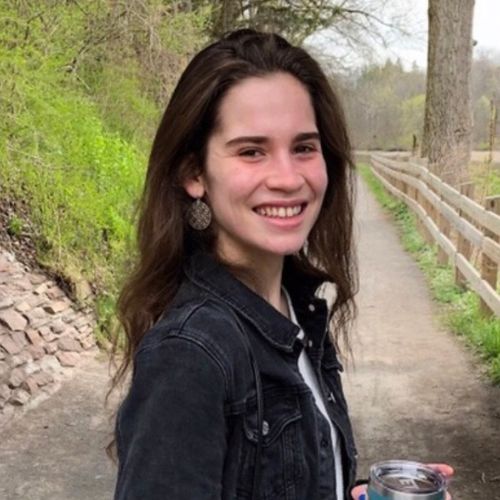 Grace Adams, Catholic Ethical Purchasing Alliance coordinator, is a native of Rochester, NY, where she currently resides. An alum of Le Moyne College, Grace has a dual degree in political science and history. Following graduation, Grace spent a year as an AmeriCorps VISTA at the Rochester food bank where she assisted in the development of several community health programs. She worked on the distribution of children’s meals at the food bank following AmeriCorps and before joining the ISN staff.

School of Theology and Ministry with a masters in pastoral ministry, and then went on to serve as campus minister with Sheil Catholic Center at Northwestern University where she worked primarily with medical and law students for three years. From there she worked in the Archdiocese of Chicago in faith formation working with programs engaging young people, engaged couples preparing for marriage, and racial justice initiatives.

Before working in ministry, Aljentera spent 10 years working as a newspaper reporter covering sports, education, and crime. She earned her B.S. in journalism from San Jose State University. She is a published author, performing artist, freelance writer, educator, and a certified Peace Circle facilitator and works to integrate restorative justice principles into her everyday life. Aljentera lives in Chicago with her husband and son.

Jorge Palacios, migration coordinator for youth engagement, is the child of Mexican immigrants and grew up on a cattle farm in northern Colorado. He entered Jesuit education by means of Boys Hope Girls Hope of Colorado’s residential program and a scholarship to Regis Jesuit High School. Jorge then attended Regis University in Denver, Colorado, briefly left, and later returned to finish a bachelors degree in religious studies. He served multiple seasons as a crew leader on chainsaw crews for Mile High Youth Corps. There, he led groups of young people in projects involving invasive species removal, forest fire fuel mitigation, and urban forestry projects with city, county, state, and federal land partners. He also worked as a paraprofessional for a kindergarten class in the Denver Public School system, and most recently served as the pastoral associate for liturgy and music at Annunciation Catholic Church in Denver. Palacios lives in Golden, Colorado.

The Ignatian Solidarity Network (ISN) is a national social justice networking, education, and advocacy organization animated by the spirituality of  St. Ignatius of Loyola and the witness of the Jesuit martyrs of El Salvador and their companions. ISN was founded in 2004 and is a lay-led 501(c)(3) organization working in partnership with over 80 Jesuit universities, high schools, and parishes, along with many other Catholic institutions and social justice partners.

As Sea Levels Rise, How Do We?
Scroll to top
Shares
Share This