Earlier this week, a federal judge ruled against asylum-blocking Title 42, deeming it a violation of U.S. asylum law with no basis in public health. The Department of Homeland Security (DHS) responded by filing a stay that would delay implementation of the court order by five weeks as the Biden administration prepares its new border policies. 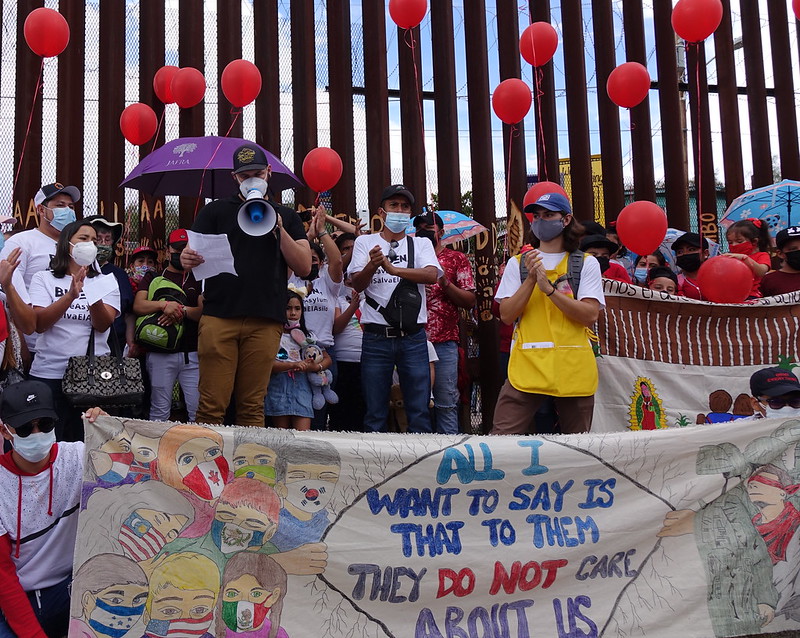 Save Asylum march and action in Nogales, Sonora in September of 2022.

Since March of 2020, Title 42 has been used to wrongfully turn away millions of asylum seekers at the U.S. southern border, under the guise of protecting public health. Despite promises to put an end to the Trump-era policy, the Biden administration expanded Title 42 last month to expel nearly all Venezuelans seeking refuge at the border. In response, over 420 faith organizations and leaders sent a letter to DHS urging them to reverse the expansion, put an end to Title 42, and restore access to asylum for all seeking safety.

Faith communities across the nation have remained steadfast in their faith-rooted commitment to welcoming and extending hospitality to those that are in need and call on the Biden administration to accept the ruling and use this important moment to rebuild the U.S. asylum system to welcome people fleeing persecution with dignity.

“When judge Emmet Sullivan ruled that Title 42 was, ‘arbitrary and capricious,’ his sentiment echoed that of asylum seekers, activists, doctors, and those who work with people that have been expelled or denied entry at the U.S.-Mexico border,” said Jorge Palacios Jr., ISN’s migration coordinator for youth engagement. “For that reason the lifting of Title 42 by this federal judge is a major victory, and one that reflects how we ought to be caring for those who seek safety and respite amongst us. Now, we are called to welcome the stranger in our midst, to make them feel as a native born among us (Leviticus 19:34), and to love them as ourselves (Mark 12:31). Catholic Social Teaching calls us to embrace the dignity of the human person who is at the margins, as well as upholds that human beings have the right to migrate for reasons of safety. In welcoming with charity and hospitality those who have been physically locked out of our country, we find the invitation to be co-conspirators for what a more humane and just world may look like.”

“Yesterday’s court decision is fruit not only of the work of the organizations who brought this lawsuit but also countless people and families seeking safety who have had the courage to share their stories and struggle for respect for their rights and dignity,” said Joanna Williams, executive director, the Kino Border Initiative. “We are confident that we can come together as communities and a society to provide welcome and a just process for people who have been stranded at the border by Title 42 and we look forward to the opportunity to continue to stretch our capacity to love our neighbors.”

Kino Border Initiative also shared these words from Elena*, a mother from Mexico seeking asylum with her children: “Yesterday I watched the news and felt great joy for my children and for me,” she said. “If they remove Title 42, it will benefit all the migrants who are here without work, living in the streets, and in danger. Since I left my town, I have felt danger and so do my children. Here in Nogales, they already robbed me. They already tried to take my child from me. I am waiting for the government’s response.”

Joan Rosenhauer, executive director for Jesuit Refugee Service/USA agreed. “We are encouraged by the U.S. District Court’s decision to void Title 42, a public health order that effectively closed the U.S. border to asylum seekers since the start of the COVID-19 pandemic,” she said. “Almost three years after this inhumane policy was first implemented, we have seen first-hand the negative impact it has had on thousands of individuals and families seeking safety in the U.S. We encourage the Biden Administration to accept and implement this ruling as quickly and effectively as possible and look forward to accompanying and serving asylum seekers as they petition for protection in the U.S.”

Other Catholic groups have also weighed in, including Hope Border Institute. “This ruling is an important step in working towards finally restoring asylum at our border,” said Dylan Corbett, executive director for Hope.“As a border community, we see daily the tragic human consequences of asylum-denying policies like Title 42. Judge Sullivan’s ruling provides the Biden administration with a clear opportunity to do the right thing and put into place policies which welcome vulnerable persons on the move with dignity and compassion.”

“We pray this court decision will lead to a reimagination and rebuilding of border and asylum policy that will have at its heart respect for the dignity of all who come to our borders” said Anna Gallagher, executive director of the Catholic Legal Immigration Network, Inc., or CLINIC. “The U.S. has the resources to move quickly and create well-functioning systems that honor the right to seek asylum — we only need commitment, creativity, and compassion.” 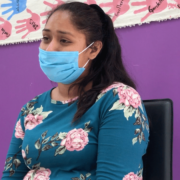 A Voice from the Border: Zaida 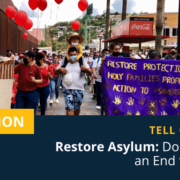 We Are Not Forgotten
Scroll to top
Shares
Share This