Legacy of the Martyrs Award – Thank You for RSVP’ing

You are here: Home1 / Legacy of the Martyrs Award – Thank You for RSVP’ing

Thank you for your RSVP!

We look forward to seeing you at the Adobe Lounge on Tuesday, October 7, 2015.

Below are driving directions to Santa Clara University’s Adobe Lodge.

The Kino Border Initiative (KBI) is a binational organization that works in the area of migration and is located in Nogales, Arizona and Nogales, Sonora, Mexico.   The KBI was inaugurated in January of 2009 by six organizations from the United States and Mexico: The California Province of the Society of Jesus, Jesuit Refugee Service/USA, the Missionary Sisters of the Eucharist, the Mexican Province of the Society of Jesus, the Diocese of Tucson and the Archdiocese of Hermosillo.  The KBI’s vision is to help make humane, just, workable migration between the U.S. and Mexico a reality.  Its mission is to promote US/Mexico border and immigration policies that affirm the dignity of the human person and a spirit of bi-national solidarity through: 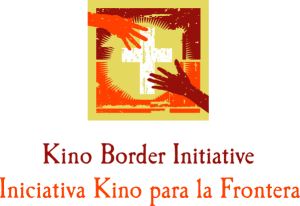 Throughout his career Representative Jim McGovern has upheld the witness of the martyrs, working for social justice and human rights as a staff member for the late Representative Joseph Moakley and representing the people of the 2nd District of Massachusetts. The Congressman has been a consistent voice for U.S. policy that respects the dignity of the poor and marginalized in El Salvador and beyond. Most notably, Congressman McGovern played a key role as an assistant to Congressman Moakley in the U.S. Congressional investigation into the murders of the Jesuits and their companions. In the immediate years following the murders, he traveled to El Salvador many times to meet with a wide range of individuals, seeking the truth about the murders as well as the U.S. involvement in the massacre. Congressman McGovern has been recognized with honorary degrees from the Jesuit University of Central America in El Salvador as well as a number of U.S. Jesuit universities. 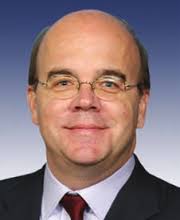 In June 2009, Radio Progreso was shut down by the military as the Honduran coup was developing, and the station has been occupied several times since. During this same time, more than 50 journalists and social commentators have been murdered in Honduras, and many more have been kidnapped, tortured, or suffered death threats.

In April 2014, one of the Radio Progreso team members, Carlos Mejia, was brutally murdered. In a press conference following the tragic event, Fr. Ismael Moreno Coto, S.J., stated that 16 ERIC/Radio Progeso employees, including Mejia, have received significant death threats since the 2009 Honduran coup.

This award will be accepted on behalf of ERIC and Radio Progeso by the director of both programs Fr. Ismael Moreno Coto, S.J. Popularly known as Padre Melo, Fr. Moreno is a Jesuit priest and human rights activist in his native Honduras. Fr. Moreno has also previously testified before the U.S. Congress at the Tom Lantos Human Rights Commission regarding the human rights situation in Honduras and the fear he, his staff, and other journalists experience.

Welcome Stranger! This is an example Text for your fantastic Promo Box! Feel Free to delete it and replace it with your own fancy Message!