In light of the recent deaths of Michael Brown, Eric Gardner, and Tamir Rice, as well as other young black men killed during confrontations with law enforcement officials, the phrase “Black Lives Matter” has taken on a life of it’s own.  Whether it is being shouted  at rallies, read contemplatively during prayer services, or being tweeted out across the world (see #BlackLivesMatter) – the message of many Americans has been very clear — BLACK LIVES MATTER.

A group of Boston College students affiliated with a campus group called FACES created the video to highlight the meaning behind the phrase.  FACES is a student organization committed to educating the BC community on the issues of race, identity and systems of power and privilege.  The group utilizes discussions, social interactions, and academic forums to stimulate dialogue and facilitate the elimination of structured inequality, discrimination, and racial polarization on BC’s campus. They hope that there efforts here can challenge BC community members to address their own preconceived notions, and those within and beyond Boston College. 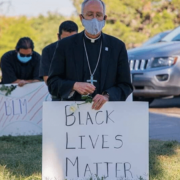 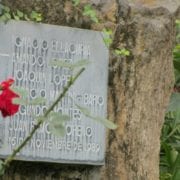 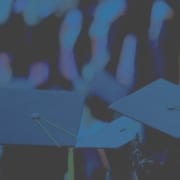 USF to Confer Honorary Degree Upon Danny Glover for Commitment to Social Ju...
Scroll to top
Shares
Share This