Blog - Latest News
You are here: Home1 / Voices for Justice2 / Jesuit High Portland: Give Us Courage to Confront Hatred and Violence

On Tuesday, faculty and staff at Jesuit High School in Portland, Oregon, were tasked with responding to a local act of violence that attracted significant national attention throughout the Memorial Day weekend. The prior Friday, two men were killed and one injured after being stabbed while coming to the aid of two teenage girls who were the target of a xenophobic tirade while riding a MAX train in the city. On Tuesday morning, the school community united in prayer for peace and understanding as they collectively mourned the violence in their city.

The following prayer was written by Don Clarke, Director of Campus Ministry at Jesuit High School Portland, and offered up as students returned to school following the May 25 tragedy:

Lord God, Maker of the universe, we again pray for peace in the midst of our city after the senseless murder of two and attempted murder of one of our citizens who, when they boarded a MAX train last Friday, had no idea their lives would be at risk for doing something courageous. These three and countless others on that train platform are gifts to our community.

Their decision to say something to stop the intense language of hate toward two young women, who were being called out for what they were wearing and for the way they looked—that decision cost them a tremendous price. We pray for their families and we pray for healing.

We wonder, Lord, what we would do in the midst such an interaction, if we found ourselves challenged this way when all we wanted was a peaceful train ride on a beautiful Friday afternoon.

We pray also, dear God, for the assailant, for his family and may those who promote a voice of confrontation and violence find, in these events, that hatred ends in destruction and death.

May our words today be kind and our actions show care and concern as people who strive to be “a bond of connection between persons.” May we use the ways we communicate to bring hope rather than fear, to stand up for those being threatened by cruelty and hate, and to meet, head on, the language and posturing that lets people of color and those of certain religious beliefs know that they are not welcome.

This morning, Spirit of God, bring us courage to say the right thing when anyone is being confronted with hate-filled violent language or hate-filled violent actions. At the moment, when we have to make a decision, whether it is at school, or online, or a situation like the one that threw these three men and two girls together, may we be guided by the words of one of the victims, Taliesin Namkai-Meche: “tell everyone on the train I love them.” May we speak those words, oh God of the universe. 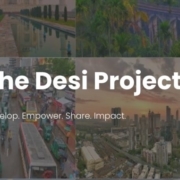 Despite Disappointing News Our Work To Promote Dignity & Care for Our Common...