The Ignatian Solidarity Network (ISN) Board of Directors has unanimously voted to welcome Carlos Aedo, Jim DeGraw, Colleen Dulle, Vince Herberholt, and Ashley Klick as board members, each for a three year term beginning  July 1, 2021.

The Ignatian Solidarity Network is a national faith-based social justice education and advocacy organization inspired by the spirituality of St. Ignatius of Loyola. ISN was founded in 2004 and is a lay-led 501(c)(3) non-profit working in partnership with universities, high schools, and parishes sponsored by the Society of Jesus (the Jesuits) along with many other Catholic institutions and social justice partners.

Carlos Aedo has served as the executive director of the Office of Ignatian Spirituality, a ministry of the Jesuits East Province, since June 14, 2021. Previously, since 2016, he served in 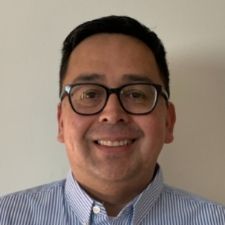 the same office as the director of Hispanic ministries, and continues in that role along with his new responsibilities as executive director.

Carlos has led Jesuit spirituality ministries for more than a decade. He and his team designed the Jesuits East’s Comunidades Hispanas Ignacianas program in 2019. Prior to that, he worked extensively with the Jesuit retreat houses on the East Coast and directed the Escuela de la Espiritualidad Ignaciana. Carlos has a degree in theology from the Catholic University of Santiago de Chile and a master’s degree in educational administration from Boston College.

He lives in Vernon, Connecticut, with his wife, a Catholic high school teacher and a trained spiritual director, and two daughters.

Jim DeGraw is currently the general counsel and secretary of Volta Charging. For Volta, Jim helps lead the legal, policy and cyber functions for a rapidly-growing electric vehicle 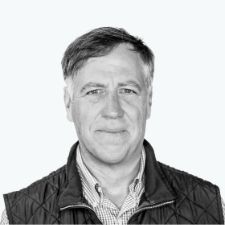 Before joining Volta, Jim spent some 25 years with Ropes & Gray and retired from the firm as a partner in 2018. Over his career at Ropes, Jim worked with prisoners on death row in Alabama and California, helping remove a death sentence imposed on one and achieve a favorable civil rights settlement for another, and successfully represented multiple individuals seeking asylum.  He also has extensive technology law experience, in both corporate and litigation matters, and helped open and then lead the firm’s first international office as the Tokyo office managing partner.

Jim is an active member of Saint Ignatius Parish in San Francisco, where he is a member of the parish council, admin commission, and social justice committee.  He also is a graduate of the Pierre Favre Program at The Jesuit Retreat Center of Los Altos, and leads people taking the 19th Annotation Retreat of St. Ignatius’ Spiritual Exercises. Jim’s journey with the Jesuits started at Regis High School in New York City, from which he graduated in 1980. 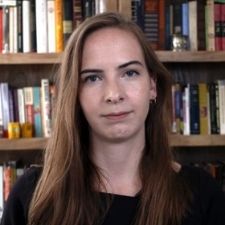 video, and on the podcast Inside the Vatican, and is the producer and showrunner of the monthly online talk show, Faith in Focus with James Martin, S.J. She writes articles for America Magazine and other publications.

Her forthcoming biography of the French author, social worker and mystic Madeleine Delbrêl will be published by Liturgical Press. This research is funded in part by a grant from the University of Notre Dame.

Colleen has reported national and international news for Catholic News Service, The Associated Press, The Times-Picayune, and the St. Louis Review in both print and video. Her wire service articles have appeared in publications around the world.

Colleen’s work has earned regional and national accolades from the Catholic Press Association, the Society of Professional Journalists and the Louisiana/Mississippi Associated Press Media Editors. She was the 2019 and 2021 Catholic Media Association Multimedia Journalist of the Year.

Vince Herberholt served the U.S. Department of Health and Human Services for 32 years, retiring as an associate regional administrator in 2007. After retiring, Vince completed a 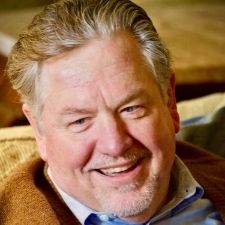 Vince holds a bachelor’s degree in political science from Gonzaga University and master’s degree in public administration from Seattle University. He is certified as a lay ecclesial minister for the Seattle Archdiocese and is on the editorial board for A Matter of the Spirit (AMOS), a quarterly journal of the Intercommunity Peace and Justice Center.

Vince is a member of St. Joseph Parish, the Jesuit Parish in Seattle, Washington, where he serves as the chair of the pastoral and mission council. He has served since 2020 as a co-facilitator for the Jesuits West Seattle Collaborative Organizing for Racial Equity (CORE).  He has been married to his wife, Cathy Murray, for 43 years. They have 2 adult sons, Bernard and Conrad.

Ashley Klick currently serves as the pastoral associate of social justice at Holy Trinity Catholic Church, a Jesuit parish in Washington, D.C. In this role, she manages a portfolio of 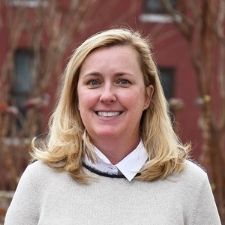 special interest groups and co-curricular programs to foster inclusion, engage the community, promote self-exploration, and encourage open discourse on race, poverty, and the environment. The portfolio consists of multicultural, faith and spirituality, economic, and women’s issues. She additionally advises the pastor and Parish Council on response to social justice issues. 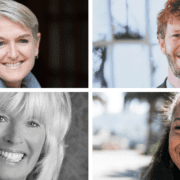 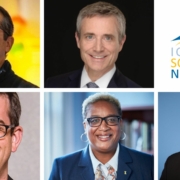 Discerning Deacons: An Interview with Co-Directors Casey Stanton and Ellie ...
Scroll to top
Shares
Share This