You are here: Home1 / sentencing 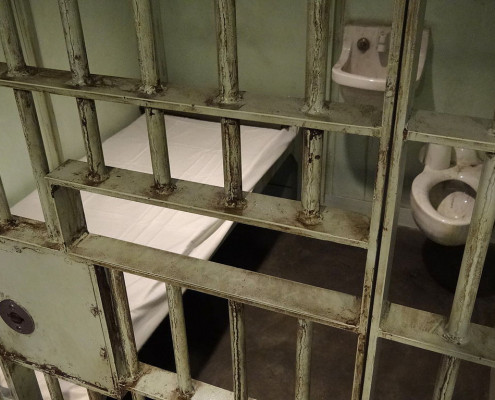 The Jesuit Conference of Canada and the United States has welcomed decisions by President Obama and the U.S. Supreme Court this week making significant reforms to the criminal justice system. On Monday, the Supreme Court ruled 6-3 in Montgomery v. Louisiana to ban mandatory life-without-parole sentences for juvenile offenders. Also that day, President Obama issued executive orders to ban the use of solitary confinement for juvenile offenders in federal prisons. Referencing Pope Francis's address to U.S. Congress in September, in which he said that a just vision of punishment must include the possibility of rehabilitation, the Jesuits said the decisions will "improve our nation’s justice system for the better."
https://ignatiansolidarity.net/wp-content/uploads/2016/01/14127581129_ae14abffed_b.jpg 768 1024 ISN Staff https://ignatiansolidarity.net/wp-content/uploads/2013/04/ISN_Color_Transparent_Large.png ISN Staff2016-01-29 11:22:012017-06-27 12:00:07Jesuits Welcome Decisions on Juvenile Sentencing, Solitary Confinement