Blog - Latest News
You are here: Home1 / Just Parenting2 / A Faith That Builds

I have bought more sets of Star Wars LEGOs since the pandemic began than I did throughout my entire childhood. I try to convince myself—and my wife—that it’s for our daughters. But my three-year-old doesn’t quite have the dexterity or patience to build even the simplest of sets, and my ten-month-old is still at the stage where she puts everything in her mouth. 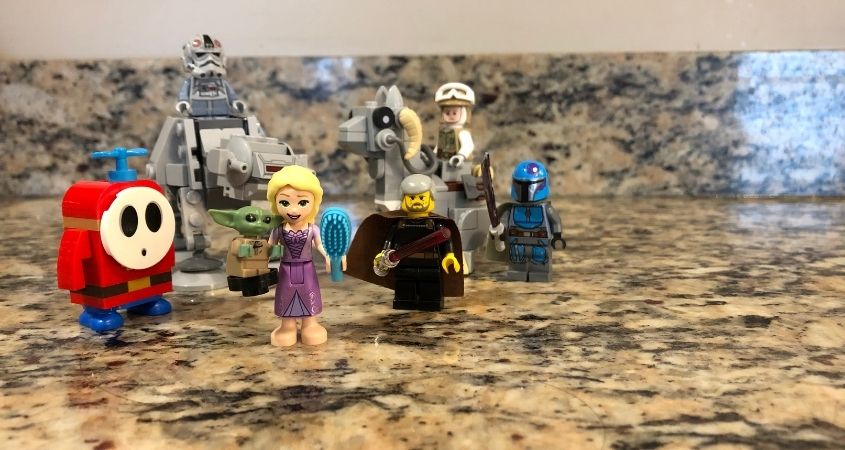 So, what is it about these LEGO sets that have suddenly captured—or, recaptured—my imagination? My three-year-old and I do play with the finished sets; it’s only the building that foils her. She loves to make up scenarios in which Baby Yoda, a handful of Stormtroopers, and Rapunzel go to the park. (She did find a very small set of LEGOs based on Disney’s Tangled in her Easter basket.)

I love to see her mind at play. I see a lot of my own childhood imaginings reflected in her, in her approach to toys and stories and songs.

But why not get action figures, dolls, stuffed animals, things that can’t break into a million tiny pieces, things that aren’t choking hazards—and the bane of bare feet and vacuum cleaners?

I’ll be honest, when my daughter first took an interest in an old set I had, I was not pleased. It was a tank from Star Wars: Rogue One and we immediately lost a piece, some trigger firing off some tiny piece of plastic into the dark regions of our home. I shook an angry finger at my daughter: “We can’t lose pieces! You have to be careful! These break so easily!”

But as the pandemic has worn on and my collection has increased and I’ve found myself taking things apart and rearranging the build of ships and landscapes and all sorts of things, I realized that the fragility of these LEGO sets was exactly the reason I wasn’t buying action figures, dolls or stuffed animals—for me or my daughter.

If an action figure or doll breaks, that’s it. Bearing some hotshot with a glue stick, you now have multiple pieces of unusable plastic. You might be able to mix and match accessories, but you’re more or less stuck with what’s in the box, that image the packaging portrayed.

There’s something fluid about LEGOs. They break, pieces get lost and replaced and mixed up. But there’s always a chance to rebuild; there’s always a new purpose for the individual pieces—even if so many have been misplaced that you can no longer build what the image of the box prescribes. You can build something new, whatever you can imagine.

Isn’t this what we’re called to, now, in this moment, as we set our sights on our lives beyond the pandemic? Things are broken. Those images on our own boxes of life are no longer reflected in our present reality.

In the coming days and weeks and months, try not to reach for that glue stick. I think God has given us a whole bunch of LEGO pieces, and we’re being invited to imagine something new—and then commissioned to build it.

This piece was originally send as an email by the Jesuit Conference of Canada and U.S. as a part of a weekly series sharing tools and reflection resources in the tradition of Ignatian spirituality. Subscribe to receive these emails here!

Eric Clayton is the deputy communications director at the Jesuit Conference of Canada and the United States, responsible for developing and sharing resources and reflections to promote Ignatian spirituality. He is the author of the forthcoming book Cannonball Moments: Telling Your Story, Deepening Your Faith (Loyola Press). He and his wife are both graduates of Fairfield University and live in Baltimore, MD, with their two daughters. Follow his writing at ericclaytonwrites.com. 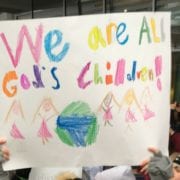 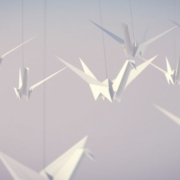 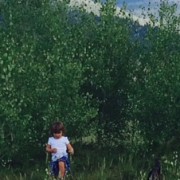 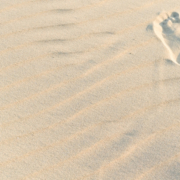 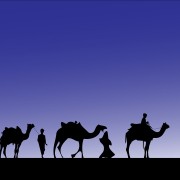 In the Spirit of the Magi: Generosity

In the chaos of the world—in our own small roles—we can manifest peace to others in our everyday lives. We can be available. When we hear the cry, we can be the ones who respond.

The work of antiracism isn’t just for adults—check out eight ways that you can work toward raising antiracist children, from the Antiracism Task Force at St. Ignatius Church in Baltimore.

My energy wanes whether I’m caring for my daughter or working on some great feat of justice. And that’s alright. We are called to be patient with ourselves—and then to recommit to the good work God has asked of us.

"I think God has given us a whole bunch of LEGO pieces, and we’re being invited to imagine something new—and then commissioned to build it."

An old-school game of M.A.S.H. serves as a reminder of the power of the stories we tell, particularly as parents guiding our children to imagine, tell, and live their authentic stories.

The restrictions in place in many places around the world all come down to putting what’s best for society over and beyond personal freedom. We are asked to put ourselves second and to put others first. Isn’t that what parenting calls for on a daily basis?

There are two sides to teaching children creation care: dealing with the damage and reveling in the joy.

The baseline family values of trust and compassion have scriptural parallels: When someone calls out for help, another person is there to answer. So, does any single argument in favor of ripping families apart withstand Gospel scrutiny?

Vocal, Spirit-filled and courageous women model faith for us today as parents trying to live in justice, mercy, and peace—including Renee Buettner. I am grateful that my daughters could hear the collective witness of this woman of faith.

Our children have a remarkable ability to call our attention to details outside (or long forgotten) from our perspective.

Listening to voices from the margins can direct our hearts, our future, our dreams—calling us to conversion.

Allison Reynolds-Berry reflects on how her time at Casa de la Solidaridad in El Salvador has played a formative role in her career, marriage, and motherhood.

"I must be able to go back into that detention center, to be able to look those mothers full in their eyes and promise them that I did not look away."

If we want transformational change, we must see parallels in Black Lives Matter & the Sanctuary movement, gun violence in schools & communities of color.

"I hope my sons will know gardening’s greatest lesson: our waste, problems, and loss can all be composted into the energy that brings next year’s harvest."

There are powerful voices from the generation coming of age today—a generation that has lost or feared for their own and their peers’ lives.

"My husband and I found out we were expecting in March of this year. However, we wondered what type of world our child would enter."

What’s keeping us as parents from practicing this type of hospitality culture with our children, our loved ones, our neighbors, the strangers among us?

Jesus was not afraid to confront injustice. Racial justice will come when we raise our children to understand that they should not accept injustice, either.

Summertime's change of pace is an opportune time to form the minds and hearts of our children through sharing favorite stories.

The very reason I felt a pull to join my neighbors in sponsoring a refugee family was to set an example of love, kindness, and inclusivity for my daughter.

I’m engaging in difficult service for those who it is often the most challenging to be my servant-self to… the people who I see daily and can easily overlook, the people who test me most intimately, the people who accept me no matter what.

The other day, Anna asked without prompt, “How long is Donald Trump going to be our President? He isn’t being nice.” Barring any impeachment or extraordinary circumstance, most likely 4 years. And that is when it hit me, Anna is only 3 ½ and her sister Ella, 3 months. Four years will be more than half of Anna’s life, and all of Ella’s life, during which they will be exposed to authoritarian-style governance.

As I scrolled through the article that reported President Trump's anti-immigrant and anti-refugee executive order had gone into effect and people were being detained at John F. Kennedy airport, I felt heavy with horror and despair. It's a quiet-making feeling, despair.

Holiday carols, properly heard, can rightly be counted among the “resistance literature” that is our Christmas narrative.

You must keep your feet active, so when the opportunity presents itself, you are ready to move into and through the challenge at hand. The worthy waiter is active and attentive, not passive and distracted.

As people of faith, we are called to stand as a counter-sign to the world. And during the Christmas rush, part of that means setting up some good old-fashioned, value-driven limits in a season that can feel like a rollercoaster gone haywire.

Each year I assume (or hope . . . or pray!) that it will be THE YEAR. The year that our family will slide into Advent in a calm, organized, thoughtful manner.

When we can invite the unknown in, we are able to build and see each other as people, as being connected—and it is much harder to lead with fear.

Let’s do our best during this season to remind ourselves, our children, our families, that God seeks to know what it’s like to be human. Both the dark, and the light, of that reality.

The Sacredness of Limits
Scroll to top
Shares
Share This