I couldn’t help but see the man in today’s Gospel (John 5:1-16) as one who survived by making excuses to stay comfortable. His quick response to Jesus reflected his familiarity in this practice as he explained his circumstance was due to the behavior of others. As long as the man looked outside of God to address his needs, healing seemed hard to imagine.

Similarly, I’ve found when addressing racism apart from imago Dei (the image of God) and the Gospel of Jesus Christ, it too cripples our ability to look for God in all people and in all things. Just like the man laying by the pool, there are some who refrain from entering critical anti-racism conversations and lay aside their prophetic voices for fear of being mistaken, embarrassed, or harassed. As many can attest, there is often a risk in standing up for the Gospel. However, the quest to protect our feelings out of fear of making missteps can come at a price too. Stepping over Catholic social teachings and jockeying for positions of influence have pushed supporters of “right to life” and “black lives mattering” into opposing corners of the Church instead of into the arms of solidarity. We mustn’t let labels, slogans, and platforms eclipse our ability to apply the lens of imago Dei in matters concerning human dignity in and outside of the womb.

May we open our eyes to justice and incline our ears to commonalities instead of differences while conversing about racism. When we observe racial injustices (in any form), may our mouths speak up against this sin. May we make a concerted effort during Lent and beyond to be “living sacrifices” who risk standing up for the Gospel in our communities of faith and influence.

Lori Stanley is the executive director of the Loyola Institute for Spirituality in Orange, CA. She is a second year MA candidate studying pastoral theology with a concentration in spiritual direction at Loyola Marymount University in Los Angeles, CA. 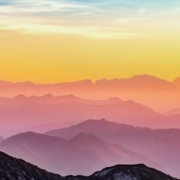 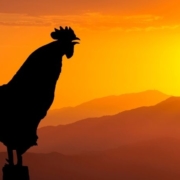 Tuesday of Holy Week: Fickleness and Frustration into Friendship with God 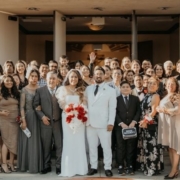