Today’s Gospel is often called, “The Woman Caught in Adultery.”  Yet, a line now leaps out for me: “They made her stand in the middle.” The crowd of men forced her to stand in the midst of an angry mob who wanted to kill her. It wasn’t enough to execute her in a way calculated to inflict unimaginable pain. They wanted to shame her, to parade her as a wanton transgressor of male property rights—for that is how “adultery” was commonly defined at this time. (Which is probably why she alone is singled out for punishment, even though it takes two to commit this act).

The violence of the passage intensifies as we see that her public humiliation was only a means to another end: to get at Jesus and bring a charge against him. The emotional abuse and physical violence against this woman is but the pretext to find some way to threaten a man who dared to live outside of the bounds prescribed by his faith and culture.

This Gospel’s traditional title fixates on the woman’s wrong-doing, leading many preachers to focus on the dangers of uncommitted sex and Jesus’s final exhortation, “From now on, do not sin anymore.” But this misses the more insidious brokenness of a society and faith that would sacrifice a woman’s well-being to shore up the value of men and enforce proper male behavior.

The renowned theologian, Elizabeth Johnson, notes that the problem is not that Jesus was a man, but that more men are not like Jesus. Jesus is a model of authentic masculinity. He invites women to see themselves in a light other than what a broken society and faith reflect to them. He challenges men to value women as genuine equals. His spirit inspires the “new things” that God is doing through movements that strive for more just societies that foster the well-being of all, regardless of gender.

Fr. Bryan Massingale is a professor of theological and social ethics at Fordham University in New York. His work focuses on the intersections of race, sexuality, and faith. He is the author of Racial Justice and the Catholic Church. An award-winning author and teacher, he lectures on social justice both nationally and internationally, and was a keynote speaker at the 2017 Ignatian Family Teach-In for Justice.

Day 8 | Pain as a Crucible for Hope

Day 6 | The Call to Holiness

Day 28 | The Life That Comes from Water 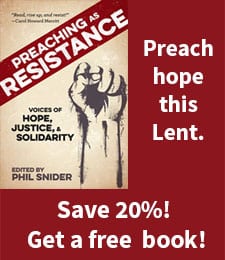 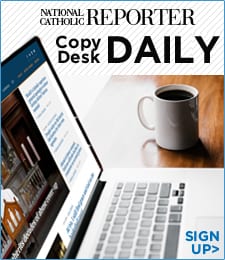 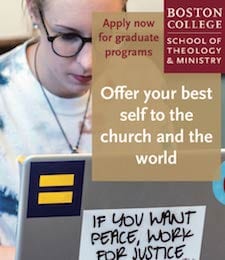 Day 34 | Listen and Act
Scroll to top
Shares
Share This