Blog - Latest News
You are here: Home1 / Voices for Justice2 / From a Dream to a Promise: “America United”

For many of us, the year 2020 was the worst in recent history. Racial, political, and religious divisions shattered our dreams of a united nation. Many of us were eager to start a fresh year. However, the new mutation of the virus that plagued 2020 is now spreading—in the guise of division. As a result of the attack on the U.S. Capitol on Wednesday, January 6, the first week of 2021 felt as long as an entire year, and the threat of continued divisiveness looms ahead.

On Wednesday, January 20, 1986, the U.S. first commemorated the birthday of the Rev. Dr. Martin Luther King, Jr.,  as a national holiday under the theme of unity with a parade in Atlanta, now celebrated every third Monday of January. 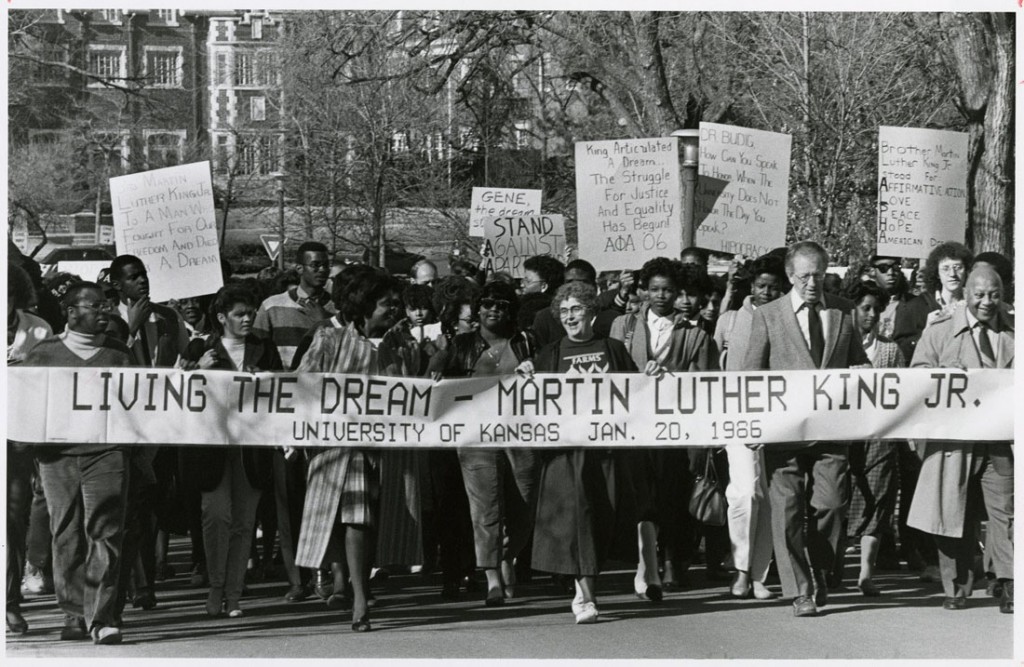 This year, Wednesday, January 20 will be Joe Biden’s first day in office as the 46th President of the United States. The theme for the inauguration is the same as Dr. King’s birthday celebration: unity.

From a dream to a promise, American will stand as one—“America United.”

The coincidence of the date is worth nothing: we have two men from two different generations, representing two distinct racial backgrounds, sharing a vision: unity. Sharing a purpose: working to heal America. The dream they share is “America United.”

In early 1961, Dr. Martin Luther King, Jr., an African American Southern Baptist, chose the term unity as a guidepost for the non-violent protest movement when he said, “Our unity is our strength.” Inspired by Dr. King’s movement, the second white Catholic to be elected President of the United States will also lean on the guidepost of unity. 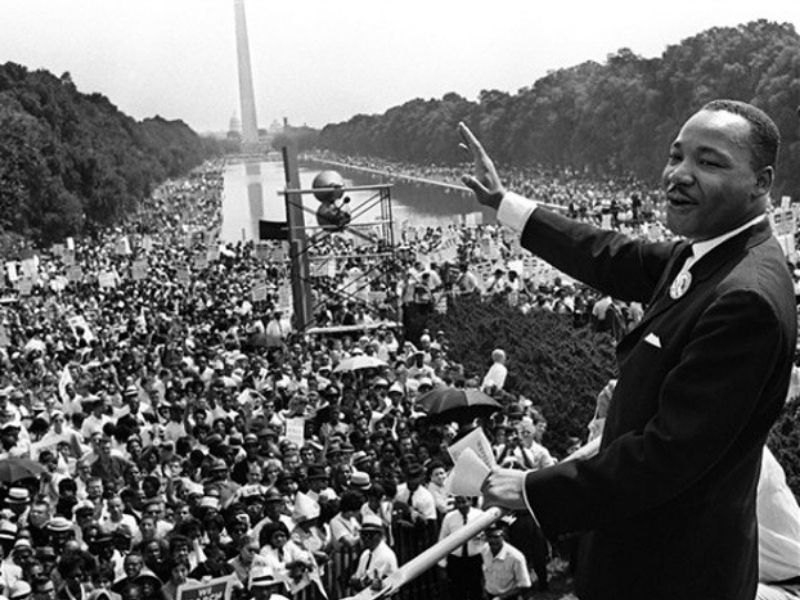 The most recent evil event faced by America appeared on January 6, 2021, as we witnessed the latest mutation of this virus of division in the attack on the U.S. Capitol. The virus impacted the lungs of our democracy, raising our skepticism for a future of unity. Yet with resilience, we will sing We Shall Overcome.

As a consequence of the chaos of January 6, our democracy is gasping for breath, on a ventilator of denial. Instead of confronting the realities of division that led to the insurrection in Washington, many high-profile politicians and activists are crooning: “This is not who we are.”

As a resilient nation, we have hope that our next president, Joe Biden, will not lead with a sense of denial, but rather with empathy.

As a man who believes in decency of America, a man who has a vision for a united America, much like Dr. King’s, we have hope that Biden will help us regain our original identity through unity.

Over the more than 50 years since Dr. King’s assassination, we have seen the importance of unifying as one nation. To paraphrase what Dr. King wrote in his Letter From a Birmingham Jail, we must unite as one nation and stand up to fight the injustice of division. 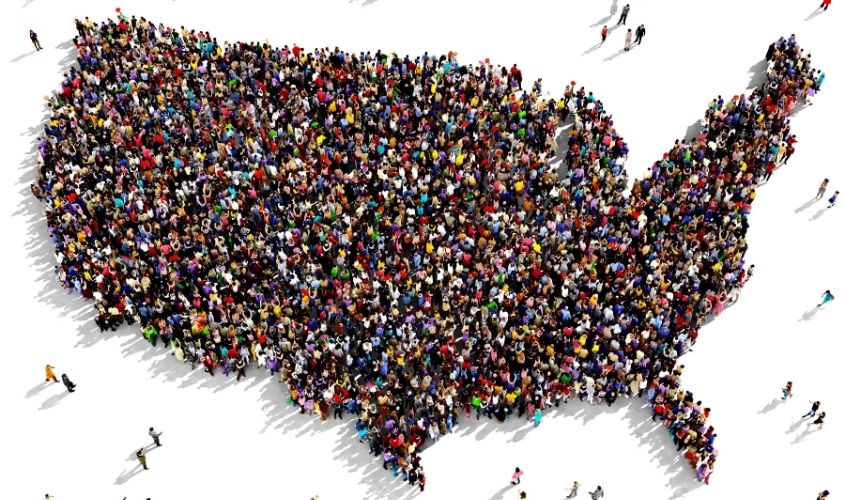 Today, January 20, 2021, America has an opportunity for a fresh start as it celebrates the rebirth of hope for justice, love, freedom, reconciliation, under the name of unity. Today, a united America is singing together the song most associated with Dr. King: We Shall Overcome. Today, as we put the challenges of 2020, or even the past four years, behind us, we have hope of becoming a nation united with the love of unity.

The first step toward unity must be overcoming our fear of each other. Like many other Black men, I can easily be driven by fear of white police. Conversely, many white people are afraid of Black people.

Though we know that the root of fear is evil, it is hard to detach from it. Fear can oppress those who are in the minority and others in the majority. As Dr. King said, we need to go beyond that, and remember that we are here for each other. As he said in 1967 at Cobo Hall, Detroit, “The Negro needs the white man to free him from his fears. The white man needs the Negro to free him from his guilt.”

At the end of the day, Democrats, Republicans, Christians, Jews, Muslims, and those who are pro-life or pro-choice, pro-gun or pro-gun reform, LGBTQI+ or straight—we all need each other.

Americans Catholics, silent, take us away from God.

Today is a historical day as we will watch a fellow Catholic Christian, a man with Irish roots, embark on a journey toward “America United.” Joe Biden—a decent white man who believes in the power of connection and empathy as a vaccine to prevent disunity in the U.S., a land that has been infected for too long with the virus of division and apathy.

The apathy that threatens our democracy is most seen in silence. Silence is just as dangerous as denial, as it carries the complacency of allowing evil to persist.

After the insurrection at the Capitol, we were shocked by the silent, implicit endorsement of the behavior and the cynicism of many Christian Catholics. While a number of bishops denounced this situation, many bishops and other Christians remained silent. The virus of division has once again prevailed.

Silence allows Americans Catholics to participate implicitly in an unjust system that sustains personal interests, upholds privilege, and deepens lies and divisions in the Church. It is too easy for us, as Americans, to identify as the strongest nation in the world, yet we are so divided trough our silence.

As a fellow Catholic, the President-elect recognizes how division takes us away from God and stands as an enemy of our Christian morals and values.

He sees a better future. As he vowed in his victory speech, “I will work to be a president who seeks not to divide but to unify. I won’t see red states and blue states, I will always see the United States.” Biden is carrying this promise through his inauguration, with the theme “America United,” we are called to be bold in our action with this new administration.

Inspired by Dr. King, let me say that division anywhere serves as a threat to unity everywhere. On this historic Wednesday of 2021, which parallels that Wednesday of 1986, let us join our new president, Joe Biden, in the spirit of Dr. King, working together to immunize the nation and work toward “America United.”

America, unity is our strength. Unity is what gives dignity to love. Unity is the action that moves the will to love.

From a dream to a promise, today with boldness, may America be united for progress.

Patrick Saint-Jean, S.J., is an amateur of life, a psychoanalyst by training, and a passionate practitioner of Ignatian spirituality and Black Spirituality. He is a Jesuit in formation at Creighton University in Omaha, NE where he teaches in the department of psychology. 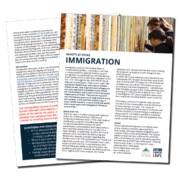 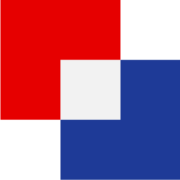 Answering the Call to Love